Dundas Street in Toronto is named after Henry Dundas (1742-1811), a British politician who used his position to delay the abolition of the Atlantic slave trade when he was in a position to end it earlier.

The slave trade was made illegal in the British Empire in 1807 though slavery itself was not outlawed (throughout the Empire) until 1833.

Since the widespread Black Lives Matter protests last year the City of Toronto has been considering changing the name of one of its busiest thoroughfares – Dundas Street. Next month its Executive Committee will report on the outcome of a public consultation and the options available. The City could do nothing (unlikely) or

Personally, I am in favour of renaming the street although the staff warn this could be expensive to businesses, residents and property owners. I wait to see how much this could cost.

Henry Dundas – later Lord Melville – was born just outside Edinburgh and was educated in the City becoming a lawyer first and then a politician. As a boy I regularly walked along Edinburgh’s Dundas Street totally unaware of the history and character of the man it commemorated. In the same way I never gave a moment's thought to the huge 150ft column in St Andrew’s Square with its statue of Henry Dundas, Ist Viscount Melville on top, surveying the city for almost 200 years.

Last year, after a wide-ranging public debate about what should happen to the monument, Edinburgh City Council installed a new permanent plaque at its base. It reads:

At the top of this neoclassical column stands a statue of Henry Dundas, 1st Viscount Melville (1742-1811). He was the Scottish Lord Advocate and an MP for Edinburgh and Midlothian, and the First Lord of the Admiralty. Dundas was a contentious figure, provoking controversies that resonate to this day. While Home Secretary in 1792 and first Secretary of State for War in 1796 he was instrumental in deferring the abolition of the Atlantic slave trade. Slave trading by British ships was not abolished until 1807. As a result of this delay, more than half a million enslaved Africans crossed the Atlantic. Dundas also curbed democratic dissent in Scotland, and both defended and expanded the British empire, imposing colonial rule on indigenous peoples. He was impeached in the United Kingdom for misappropriation of public money, and, although acquitted, he never held public office again. Despite this, the monument before you to Henry Dundas was funded by voluntary contribution from British naval officers, petty officers, seamen, and marines and erected in 1821, with the statue placed on top in 1827.

In 2020 this plaque was dedicated to the memory of the more than half a million Africans whose enslavement was a consequence of Henry Dundas’s actions. 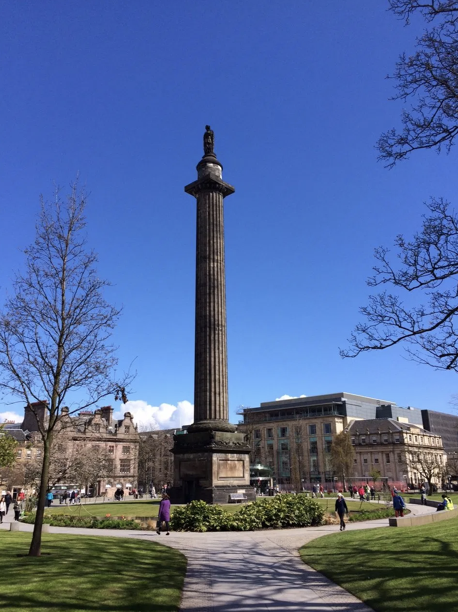 Dundas believed in the “gradual” abolition of the slave trade. His words can be read in the Parliamentary debates of the time. On 2 April 1792 he told MPs there was a "middle way" stopping short of immediate abolition:

“I mean to offer a moderate and middle way of proceeding. If therefore there is any great body in the House, any respectable number of persons who are of opinion with me, that this trade must be ultimately abolished, but by moderate measures, which shall not invade the property of individuals, nor shock too suddenly the prejudices of our West Indian Islands; I say if there is any great body of men with this opinion, I wish them to connect themselves together and I will venture to say, that Gentlemen of that moderate or middle way of thinking, may now reduce the question to its proper bounds, and maintain the principle of abolishing the Slave Trade in consistency with other principles.”

Melanie Newton, an associate professor of history at the University of Toronto, says this:

Far from contributing to the slave trade’s abolition, Dundas’s ‘gradual abolition’ resulted in an immediate, devastating and unprecedented escalation of transatlantic human trafficking. The period from 1793-1807, after Parliament agreed to ‘gradual’ abolition’, witnessed the most consistently high volume of Africans transported to the British Caribbean in the entire history of the slave trade (574,370, or an average of 38,391 per year). 295,017 of those people were transported when Dundas was colonial secretary from 1794-1801.

Statues to slavers are toppling

Since last summer’s Black Lives Matter protests in the UK memorials to slavers have been coming down. Universities, municipalities and others have been quietly renaming buildings. And Council leaders have been warning the Government in London to stay out of decisions which should be made locally. Some people claim their ancestors have been maligned. Others say decisions taken centuries ago have no contemporary relevance.

The Scots were disproportionately involved in the slave trade as slave owners, financiers, lawyers and facilitators.

And they grew fat on the proceeds. Indeed, slavery shaped Edinburgh's historic New Town - a part of the world I know like the back of my hand.

Yet until recently these legacies of the slave trade were hidden in full view.

The UCL British Slave Ownership Project shows how slavery made fortunes for the traders, their facilitators and their dependents.

In 1833 when slavery itself (and not just the slave trade) was abolished throughout the British Empire, British slave owners were compensated by the British Government to the tune of millions of dollars in today's money. Indeed, within spitting distance of the neighbourhood where I grew up in Edinburgh stand houses whose then occupants were generously compensated for the loss of their slaves.

In the fascinating book from Historic England, Slavery and the British Country House, we learn: 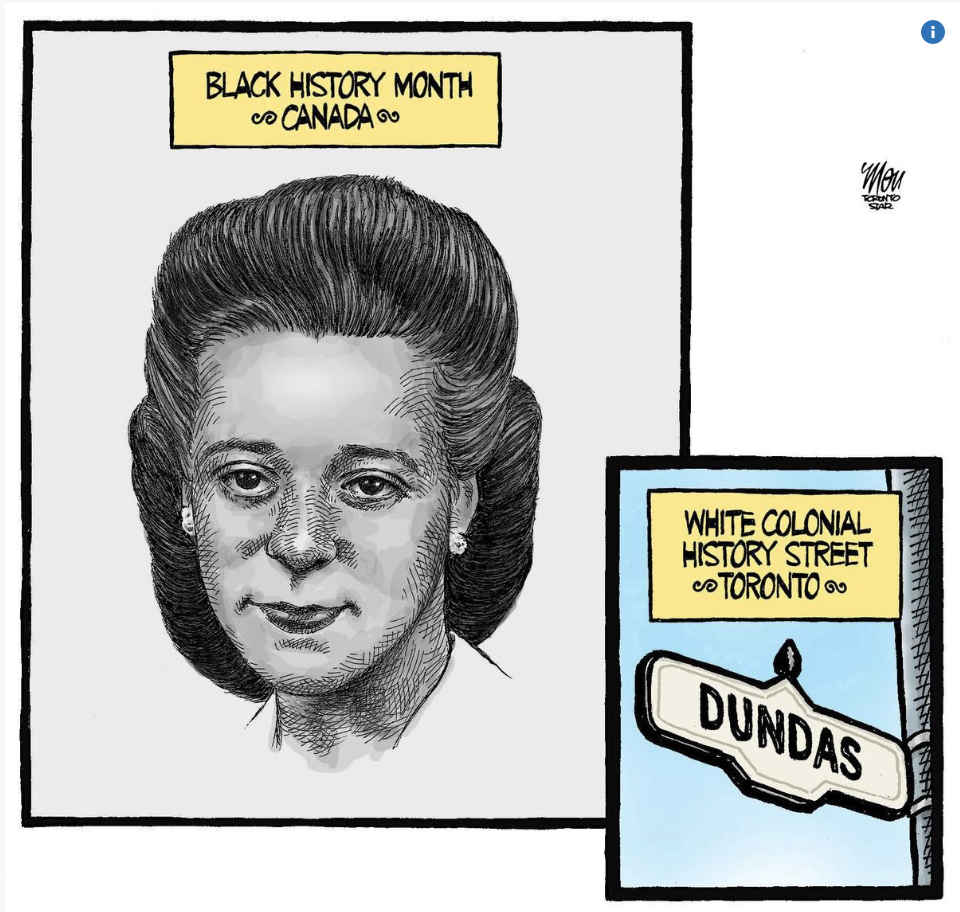 “…across Britain as a whole, the slave compensation data suggests that in the 1830s 5% to 10% of all British country houses would have been occupied by slave owners and that in some localities and even some regions the figure would be much higher.”

Mansions built from the profits of slavery

1.17 million Africans were transported into slavery in ships belonging to the port of Liverpool. One of these Liverpool slave traders, John Bolton, owned Storrs Hall in the Lake District which he "substantially enlarged and remodelled" in 1808-9. It is now a country house hotel. The association with Bolton no doubt erased.

North of the border in Scotland the Cruickshanks were major investors in St Vincent in the Caribbean. The family owned nine sugar estates during the years 1814 – 1834. This mansion, Stracathro, was built for Alexander Cruickshank in 1824-27. The present-day owner has recently sold the vast building for a song (relatively) unable to afford the vast upkeep.

These stately homes and countless others came at a terrible cost in Black lives.

"... my first ancestor in this hemisphere probably came over in the hold of a slave ship, likely to Barbados, where I was born. I am a historian by profession. I have spent countless hours in the archives of the British empire. Even with my training, I could go through the cargo lists of a thousand slave ships and see the name of my first ancestor in the Americas and never know I had read it. I can never find that name, it is lost to history, it is lost to me. I have men like Dundas to thank for that.

So, does the name of a street matter? Does the name Dundas matter? My answer is simple: change has to begin somewhere and names mean everything."

Graphic right from the Toronto Star.

Update on 27 February 2021: The Dundas family has lived at Arniston House, near Edinburgh, since 1571. In an article on their website they take issue with the recent portrayal of Henry Dundas as a politician who dragged his feet on the abolition of the Slave Trade. He is painted as a pragmatist, someone who persuaded the House of Commons to agree to the gradual abolition of the Slave Trade as this was the only realistic option open at the time.

Update on 2 March 2021: From the Guardian (UK): Bristol Council calls for Parliamentary Inquiry into Slavery Reparations

Update on 4 April 2021: from the Guardian: Wealthy MP with Slave Trade links failed to publish accounts for four of his five companies. 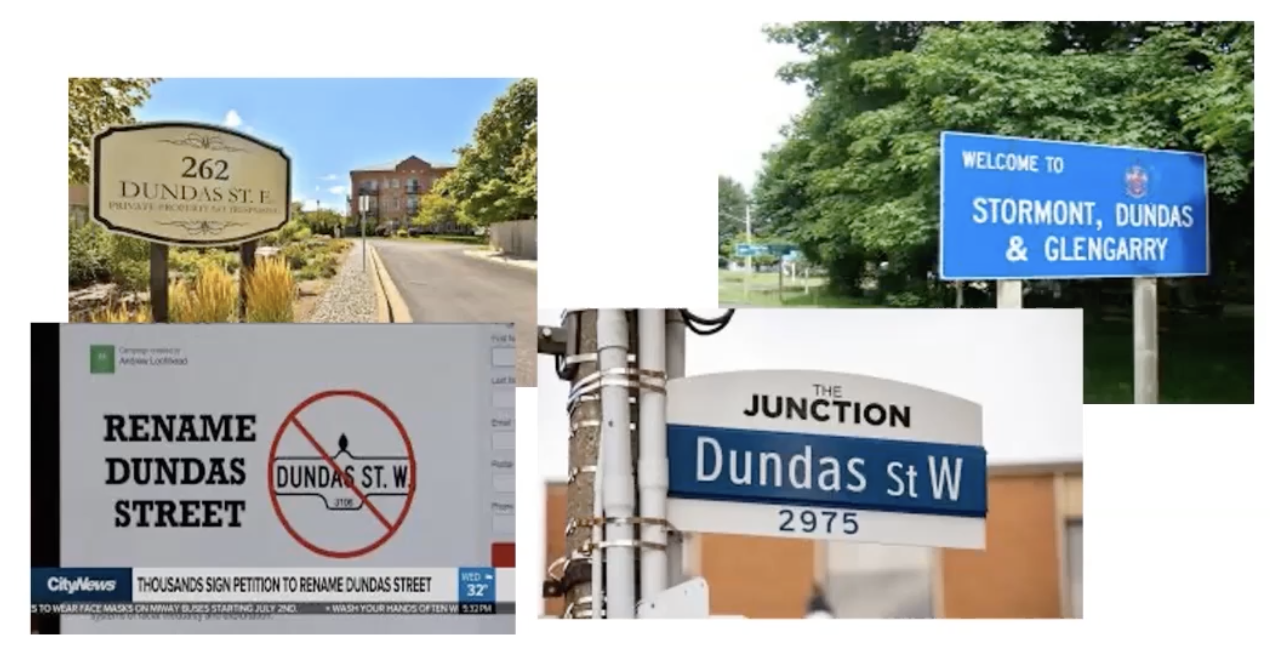 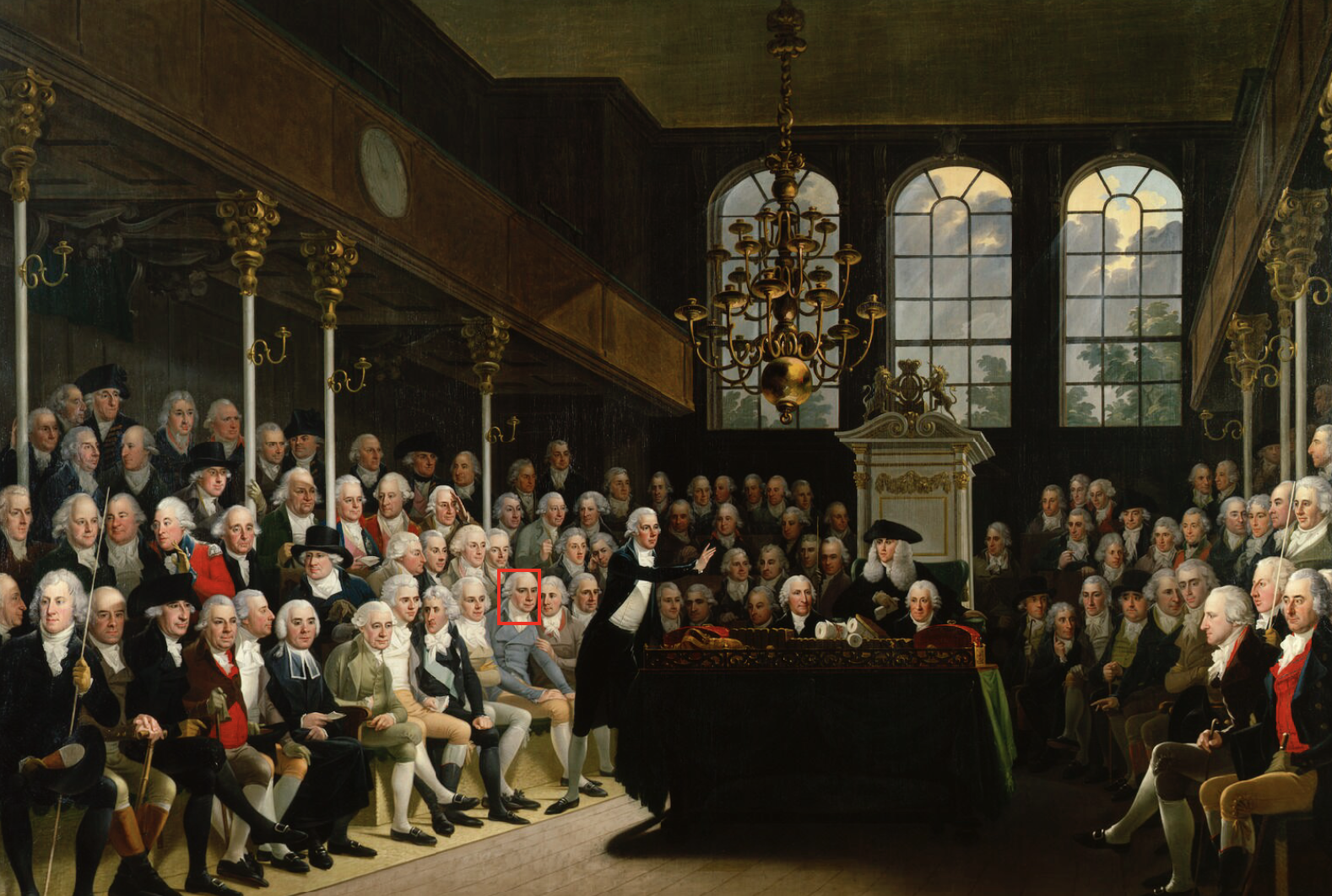