Why should Conservatives vote for Dawn Gallagher Murphy as the next MPP for Newmarket-Aurora?

Ontario is sleepwalking into a second Ford term. Unless something wholly unexpected happens before Thursday then Christine Elliott’s office manager will be our new MPP. I know next to nothing about Gallagher Murphy and her views. I don’t even know how old she is. 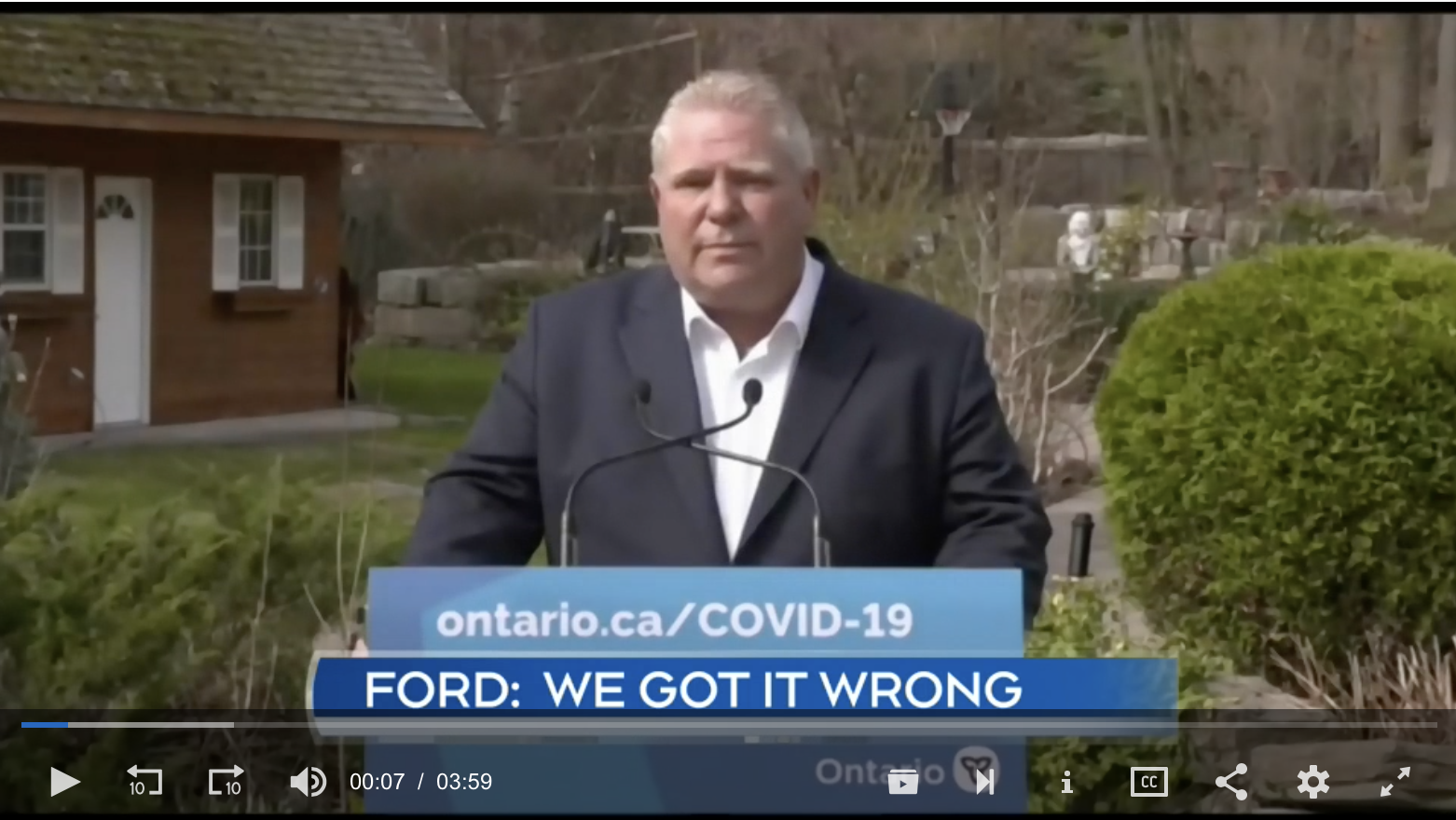 She has spent the last four years as Elliott’s office manager and 15 years running her credit card business. But before that her life is a complete mystery – at least to me. No letters to the press. No interviews. No articles. No Tweets until a few weeks ago. No opinions. A blank sheet of paper. A complete cipher.

I am left wondering why Conservatives should vote for her.

She has been a no-show at every single one of the candidates’ debates and has not bothered to get back to Newmarket Today setting out her position on the key policy issues affecting our Town and the surrounding area. The New Blue candidate's response is here. The NDP's here. The Greens here. And the Liberals here.

Is this what today's conservatism stands for? Avoiding controversy? Hiding under bushes?

She refuses to engage with the other candidates. Her campaign is unbelievably shallow and trite. 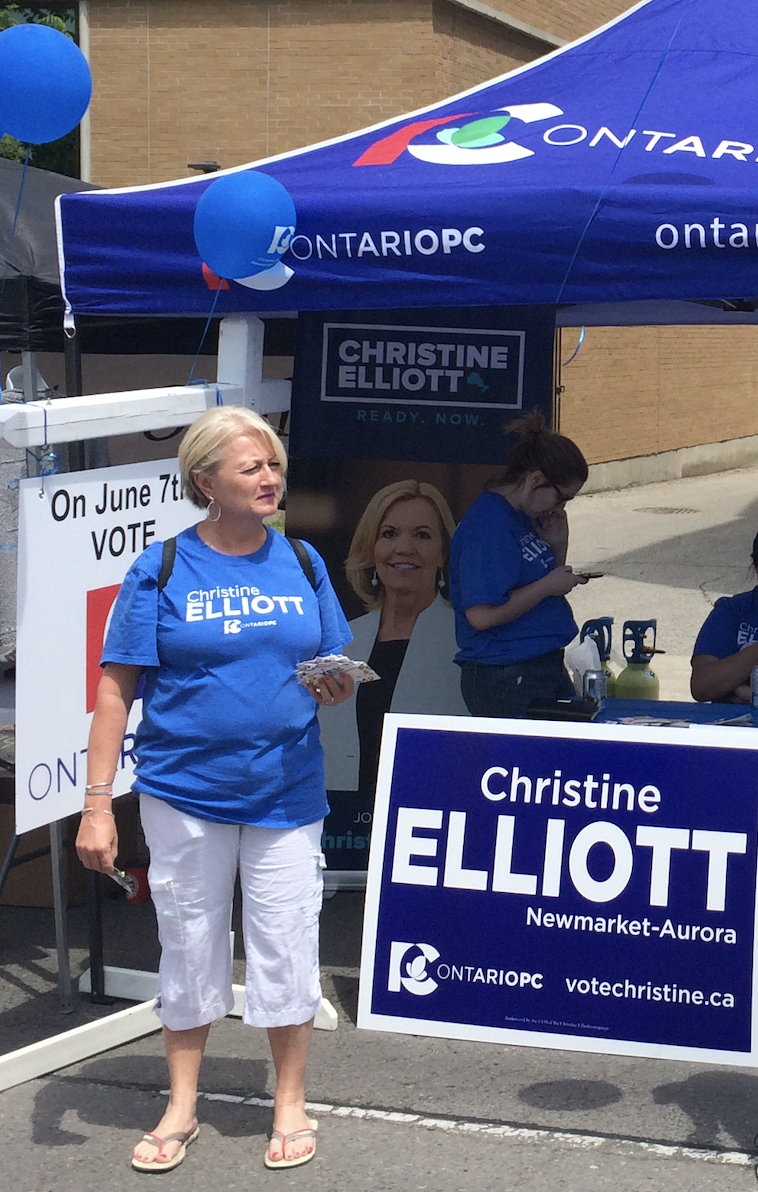 By any measure, the mute and insipid Gallagher Murphy is the complete antithesis of what we need in our candidates for elected office. We need people who can confidently express a point of view and have the wit and capacity to argue their case in front of all comers. They should not be afraid to stake out their own views on the big issues of the day.

Instead, we have this listless and utterly useless candidate inventing reasons for not showing up at debates and claiming (falsely and absurdly) to have knocked on 25,000 front doors during the campaign.

This was the same office manager who allowed one of her staff to tell me in June 2019 to come back in the Fall if I wanted to make an appointment to see my then MPP, Christine Elliott. (I wanted to know if Buck-a-beer was really going to allow Andrew's Convenience Store and others like it to sell beer. They still can't.)

What was the deal?

Gallagher Murphy was personally appointed by Ford as Official PC candidate for Newmarket-Aurora on very same day Christine Elliott announced she was standing down. Why? What does he see in her? And what was the deal with Elliott?

Of course, Ford has done this before. In 2018 he appointed a long list of PC candidates, autocratically ignoring the views of local Party members on the ground.

Will Bill Hogg, the President of the Newmarket-Aurora PC Riding Association, who resigned in protest at Gallagher Murphy’s appointment, be voting for her? I rather doubt it.

But, to return to the main point, which Doug Ford does Gallagher Murphy support?

Which Doug Ford? Three to choose from.

The right-wing firebrand, the affable centrist, or the leftist, cheering on the workers and defending their unions?

The convicted fraudster Conrad Black describes Doug Ford as the most left wing leader the PCs have ever known. He says Ford's leftward shift has created a vacuum for the New Blue party to fill.

Ford is certainly a very accomplished shape-shifter. First he was cutting the deficit, freezing the minimum wage and taking on public sector workers. Next came the tearful Ford admitting he sometimes got things wrong in the pandemic. And now, the latest reinvention, the man who is going to get it done regardless of the cost.

Black urges conservative leaning voters to support the New Blues though he recognises they have no hope of winning. 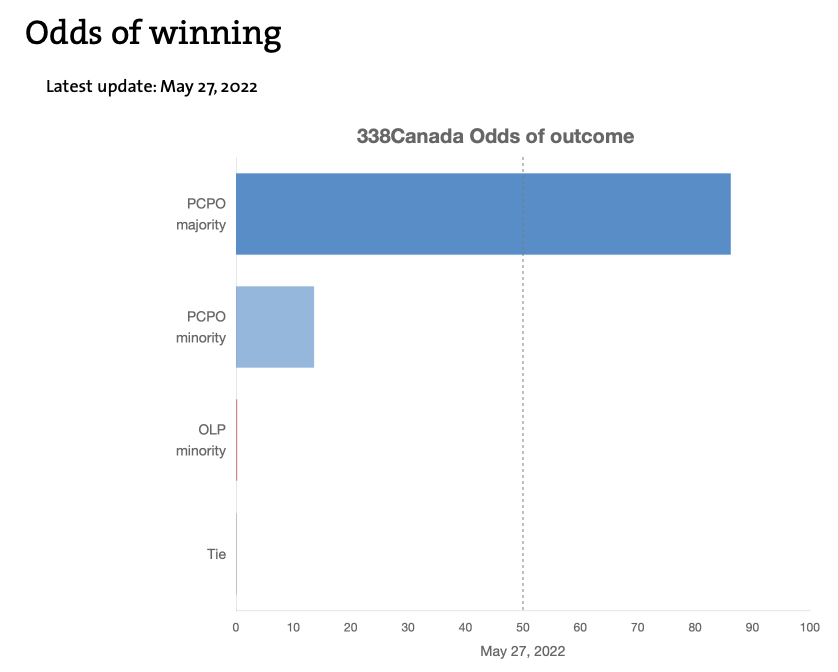 Ford’s conservatism is, though, not very conservative.

He ignores constitutional conventions and doesn’t think twice about dropping solemn undertakings given to the public.

Ford gave a cast iron guarantee that budgets would be presented by the end of March each year, enshrining the promise in legislation. This year the Budget (which also serves as the PC platform) was presented in April. It was never voted on. The Housing Bill passed in two weeks from start to finish - and received Royal Assent in the middle of the public consultation period.

Expect more of this when Ford wins on Thursday.

Unlike the Liberals, the NDP and the Greens, the Ontario PCs have no formal platform. They have five bullet points and the contents of the April Budget.

So what will tomorrow bring? Who knows?

Will Ford revisit his 2018 plan to reorganise municipalities to streamline service delivery and save money?

Will he let rip with Ministerial Zoning Orders, removing any voice for municipalities on what should happen in their own areas?

And when things get tight financially for the Province who will be expected to carry the burden?

I think I know the answer to that one.

Below: Protests outside Christine Elliott's constituency office in June 2019 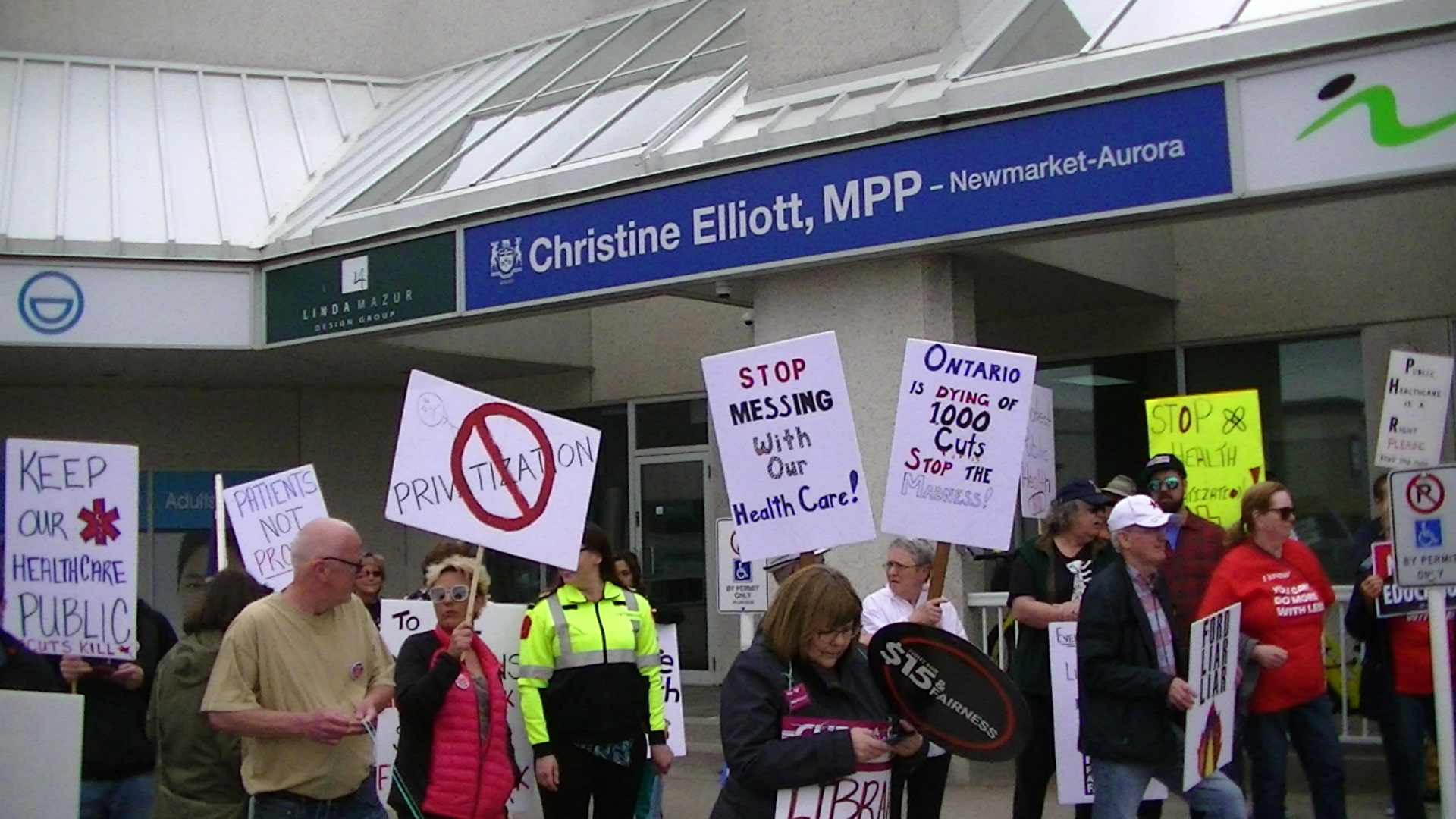