Back Story: The Provincial Government's Regional Express Rail (RER) program will more than double the number of train passengers on the network over the next 13 years. Ridership is forecast to rise from an average of close to 100,000 in 2016 to 225,000-250,000 in 2031. For this to happen, the railway infrastructure - the tracks, the trains and the stations - has to be modernised. It is a huge undertaking with lots of moving parts. 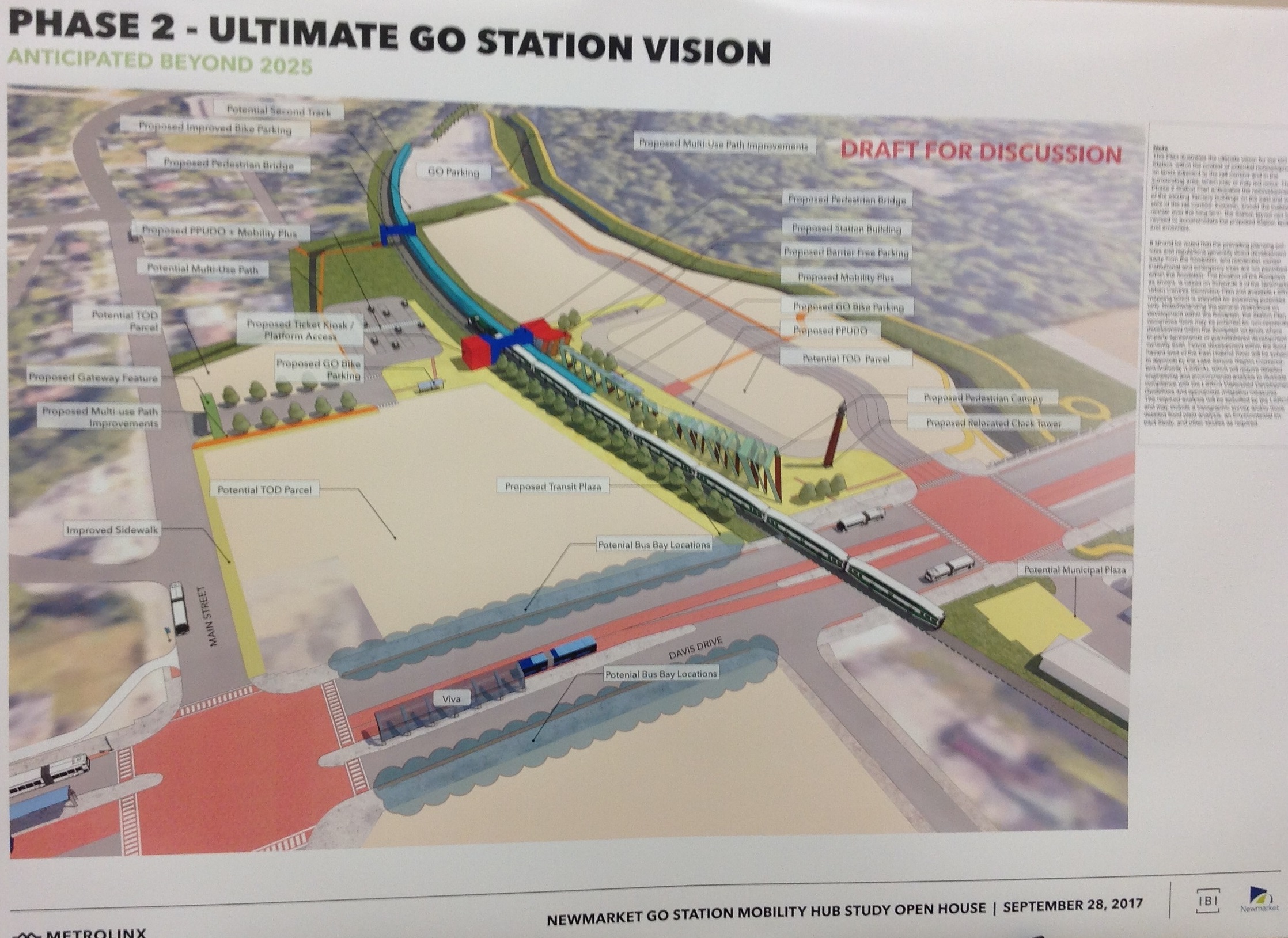 Newmarket is to get a completely new GO Rail Station at Mulock Drive and the existing one at the Tannery will get a makeover. The track north from Toronto to Aurora will be twinned, allowing an all-day 15 minute service in both directions.

We in Newmarket are stuck with a single track and although there will be service improvements they will not begin to match Aurora's. We are promised a 30 minute service during peak periods and an hourly service off peak during the day and evenings and at weekends.

The Town's steady-as-she-goes Mayor, Tony Van Trappist, is by temperament a gradualist. He is content to let things take their course. He told the Council on 9 November 2015:

Last December, Metrolinx published its GO Rail Station Access Plan which showed current station usage with the 2031 forecast. The Newmarket station is forecast to have "very low" usage rising from 575 per day (in 2016) to 1,000 or less in 2031.

Last night (28 September 2017) Metrolinx (or, rather, its consultants) wrapped up the public consultation on the future of the GO Rail Station at the Tannery on Davis Drive. We are told a "draft summary" now goes to councillors at the Committee of the Whole on 16 October 2017.

I learn the plan for the GO Rail Station must be "achievable" without being told how this would be measured. Are we talking about technical feasibility or financial constraints or what?

We are told there is to be (a) no grade separation in the near term but there would be a "reinvestigation" of this in 2031 and (b) the Tannery site cannot accommodate a bus loop and buses will instead pull into special bays on Davis Drive to drop off and pick up passengers.

A 15 minute service to Newmarket without grade separation at Davis Drive is, of course, theoretically possible after twin tracking but, in practice, it is impossible. The barriers on the level crossing would be going up and down like a yo-yo all day long, causing huge traffic line-ups and  making a mockery of the word "Rapidway"

I learn the rail tracks can't be put in a tunnel under Davis Drive because of the soil conditions. The GO Rail station sits in the middle of a flood plain. The alternative is to put the road over the railway but this would mean a new elevated Davis Drive from Main Street to Lundy's Lane. The Province has already spent a small fortune on the Bridge at the Tannery so this idea is unlikely to be well received. I suspect Van Trappist, recently photographed standing next to the bridge wearing his proprietorial grin, would be mortified. 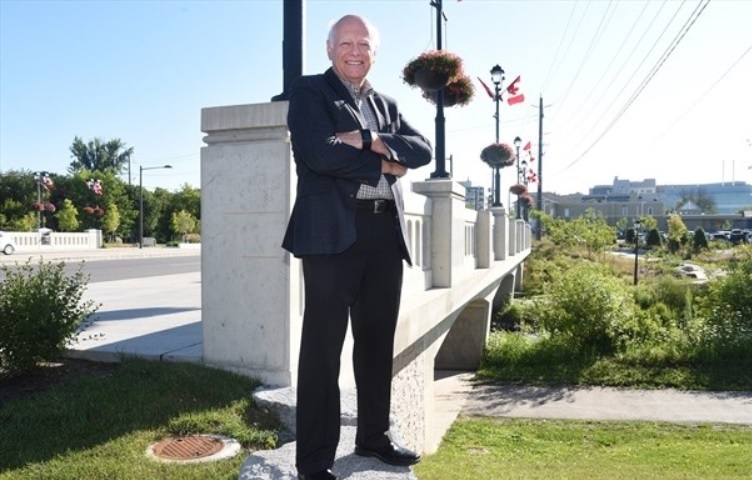 So the question is this - can Newmarket have an all-day two-way 15 minute service without grade separation at Davis Drive?

Newmarket's Secondary Plan says the Mobility Hub Station Area Plan should address as a minimum the potential for grade separation of the rail line at Davis Drive. At the very least, it should explore the issue and consider the likely constraints now and in the future. If not now, then when?

I suspect we shall be told to let the future take care of itself.

Getting people to use public transit is a tough call but it can be done. The service has got to be fast, convenient, reliable and good value. Over the coming decade, as the roads silt up and traffic slows down, people will be forced to look beyond the private automobile for other options. Co-locating bus and train stations is a big part of the answer.

At the Tannery we are told a bus loop would not make operational sense and that the site is too constrained. However, a great deal of land shown on the map (above) is coloured peach and is identified for future TOD (Transit Oriented Development). Are we being told there is no possibility of squeezing in a bus loop anywhere on the site?

East Gwillimbury, admittedly on a bigger site,  has a 10 bay bus loop. Aurora has a four bay bus loop with plans to expand.

Getting to the Station

What happens when the intensification of Davis Drive really takes off?  The Town's Secondary Plan predicts 33,000 people will be living in the Davis Drive/Yonge Street corridors at build out. Many will be working in Town but what about the others? How are they going to get to the GO Rail Station?

In the absence of a 15 minute service in Newmarket - and only where it makes sense to them - people will drive to Aurora to pick up the train there. Indeed, the Metrolinx Station Access Plan at page 140 shows an explosion in numbers using Aurora where they will be adding 1,750 spaces "via alternative parking solutions"  to make a total of 3,220 spaces.

There will be no additional parking at the Tannery where there are currently 269 parking spaces. We are told that by 2031 the number of those driving and parking at Newmarket GO Rail station is expected to fall from the current 49% to 40-42%. And at the same time those arriving by bus will go up from 9% to 16-18%.

If Metrolinx can make those kinds of forecasts for 2031 with such precision perhaps it can let us into the big secret.

Or, as Tony Van Trappist would say, when will we ease into it?