Threat to Greenbelt Lifted (for now)

The Provincial Government is abandoning plans to give municipalities powers to allow development which could encroach into the Greenbelt. 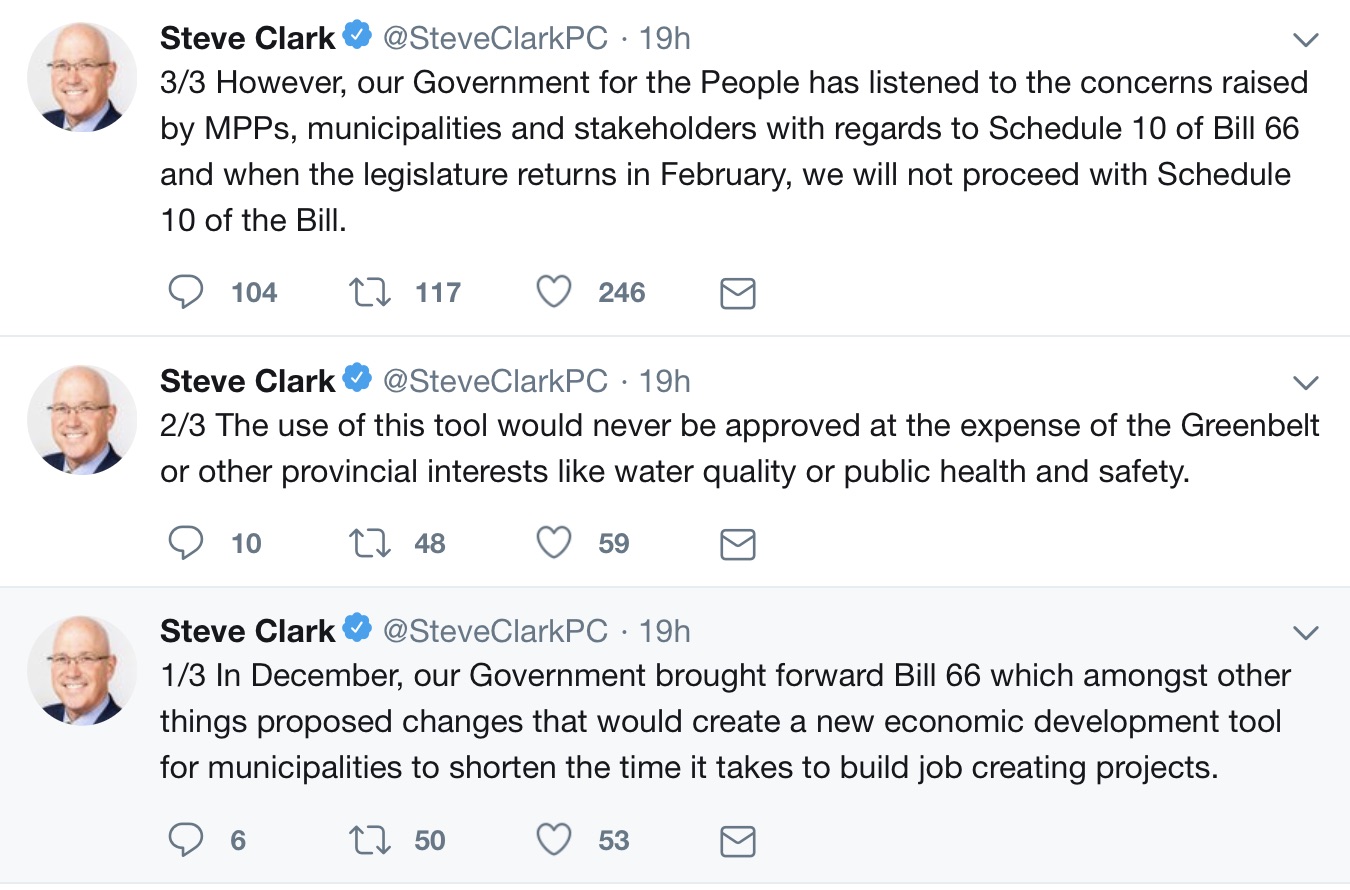 This is very good news.

The volte-face was announced yesterday by Municipal Affairs Minister Steve Clark in a series of three tweets.

He said the powers would never have been used at the expense of the Greenbelt.

Of course not! Perish the thought!

We are told the proposal – set out in plain English – was simply misunderstood.

So now it’s off the table and Schedule 10 of Bill 66 will be withdrawn when the Legislature returns on 19 February 2019.

Eternal vigilance is required if we are serious about protecting the Greenbelt from Ford’s PCs.

In the course of her long career at Queen’s Park Christine Elliott - now Ford's Deputy - has occasionally expressed views on the Greenbelt and environmental protection issues.

On 22 September 2008 during the second reading debate on the Lake Simcoe Protection Act Elliott said she understood the purpose of greenbelt legislation but:

Elsewhere… the Ford Government’s proposed changes to the Growth Plan for the Greater Golden Horseshoe are out to consultation until 28 February 2019.

“The proposed changes address implementation challenges with the Plan that were identified by the municipal and development sectors and other stakeholders. These changes are intended to provide greater flexibility and address barriers to building homes, creating jobs, attracting investments and putting in place the right infrastructure while protecting the environment.”

There they go again.

More talk about “protecting the environment”.

I think we are meant to find this reassuring.