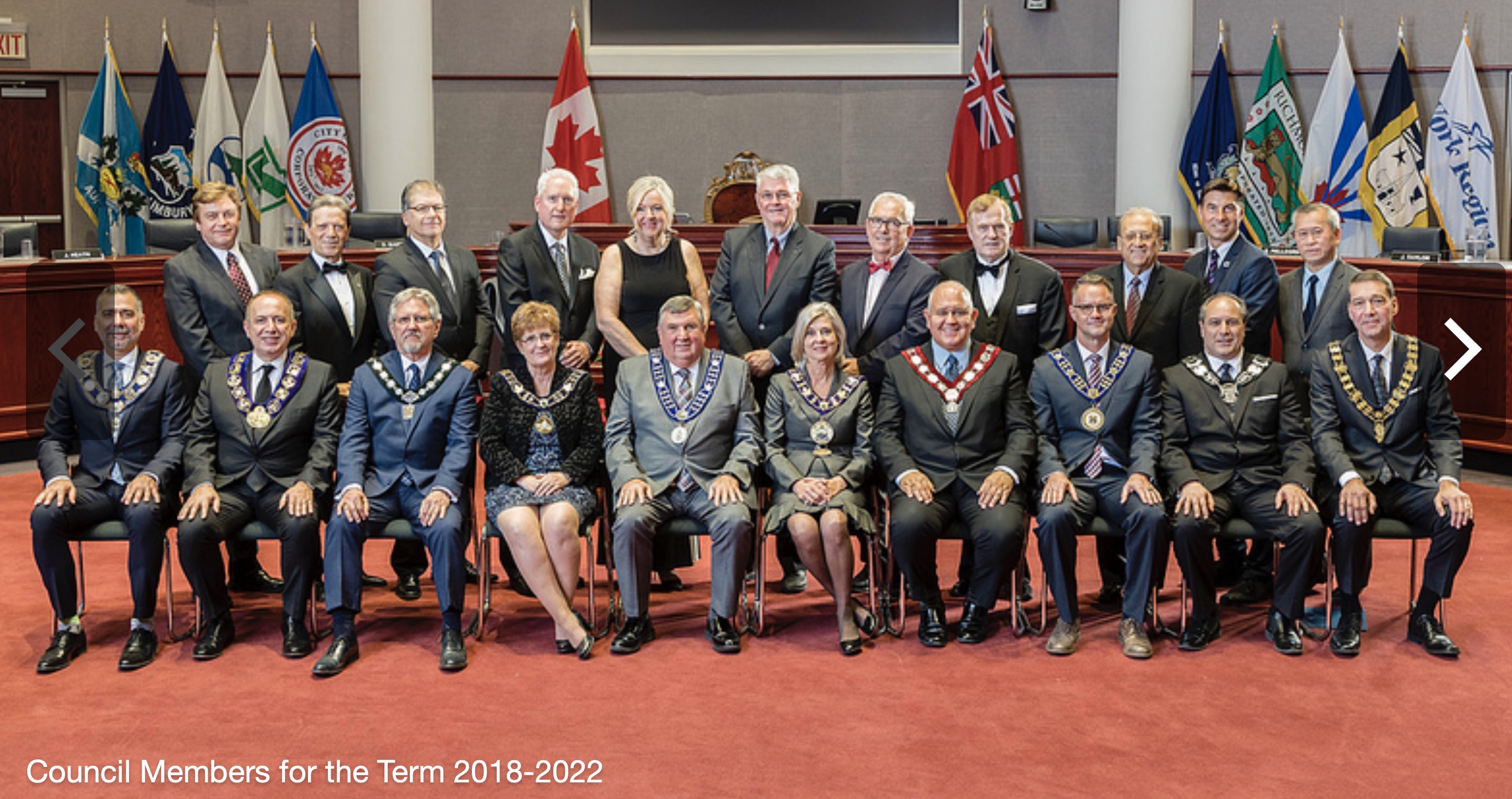 But, scandalously, the Region’s elected officials have resisted the idea for years.

True. They are talking about getting one – but only because the law now requires it and it is being forced on them. The Municipal Act requires all municipalities to establish a Council Code of Conduct by March 1, 2019.

A draft Code of Conduct was presented to elected members at last week’s Council meeting by the Region’s first Integrity Commissioner who was appointed in December. He is hired to keep an eye on them.

And about time too. In the last term of Council, one of its members, Regional Councillor Michael Di Biase, was suspended for 90 days without pay from his home Council of Vaughan for interfering in the tendering process. He still got paid by York Region and suffered no adverse consequences whatsoever. Indeed, the scandalous behaviour of Di Biase was not formally reported to the Regional Council nor even mentioned. Perhaps because it would cause unpleasantness and poison the clubby atmosphere.

Code of Conduct "not needed"

At their meeting in October 2015, members decided that a Regional Code of Conduct wasn't needed. It should remain discretionary.  They said it would largely replicate what was already in place at municipal level and would produce unwelcome ambiguity. They did this knowing that the Chair of York Region, Wayne Emmerson, is indirectly elected by members of the Regional Council and not directly by the voters and is therefore not covered by any Code of Conduct applying to his "home municipality".  He doesn't have one – then or now.

In any event, our elected officials are deeply troubled by the draft Code of Conduct. They demand the draft be re-written.  The new Regional Councillor from Richmond Hill, Carmine Perrelli, is particularly scornful, questioning why one is needed at all. He tells us Canada’s Criminal Code, an observant press and media (as if!) and elections every four years are enough to keep councillors honest and diligent.  He says the Code of Conduct is:

“a weapon for political adversaries to use against you.”

This is a theme picked up and developed by the new Regional Councillor from Vaughan, Linda Jackson. In a wildly over-the-top and theatrical contribution to the debate she tells us there are some people out there who will use every trick in the book to accuse elected officials of wrongdoing. And this Code of Conduct is just giving them more ammunition to make the lives of elected officials even more difficult.

Others too want the Integrity Commissioner to go back to the drawing board and bring back something that is altogether more palatable.

Some of the criticisms have merit.

It's a family affair

The Code of Conduct says elected members must at all costs avoid conflicts of interest – especially when matters could touch on their family. However “family” is defined as including aunts and uncles, nieces and nephews all the way out to first cousins. One wag yells that he is Italian and he has hundreds of first cousins. Doesn’t even know how many. And hasn’t met half of them. This gets gales of laughter.

The way in which the draft Code is written is part of the problem. It makes for stodgy and indigestible reading with too many words like “herein”. It imagines wrongdoing in circumstances which seem improbable to me:

“No Member shall obtain personal financial gain from the use or sale of Region-developed intellectual property (for example, inventions, creative writings and drawings), computer programs, technical innovations or any other item capable of being patented.”

Perhaps the new Integrity Commissioner is trying to do a belt-and-braces job. Trying to imagine every possible eventuality. But the result comes across as oppressive.

The draft Code of Conduct stipulates

“Members of Council shall not actively undermine the implementation of Council’s decisions.”

And the Code’s commentary tells us:

“The role of Members, once a council decision is made, is to support the implementation of that decision, not to work against its implementation, publicly or behind the scenes... Members can express disagreement with Council’s decisions, but it is contrary to the ethical behaviour of members of Council to actively seek to undermine, challenge or work against Council’s decisions.”

The Regional Council took a decision in 2015 not to bring in a Code of Conduct or appoint an Integrity Commissioner. Had I been a member of York Regional Council during the last term I would have relentlessly challenged that policy decision in every inventive way I could.

Newmarket’s Mayor John Taylor too felt this was oppressive while acknowledging the thinking behind it perhaps, ironically, lay in Newmarket’s own Code of Conduct.

(Newmarket’s Code of Conduct, in large part, had been written to skewer former councillor Maddie Di Muccio who was seen as a troublemaker sans pareil. For example, it enjoins members to “accurately communicate the decisions of Council even if they disagree with the majority decision of Council, and by so doing affirm the respect and integrity in the decision-making processes of Council”.)

Dos and Don’ts of Social Media

The Region’s Draft Code of Conduct cautions members on the perils of social media, urging them to count to ten before reacting to some provocation. But is this really necessary?

“In a world where a transitory comment can become part of the permanent record, Members should exercise restraint in reacting too quickly, or promoting the social media posts of others whose views may be disparaging of Council’s decisions or another Member’s perspectives.”

It seems to me that effective Codes of Conduct are short and to the point, spelling out in plain English behaviours which are simply not permitted. There should be clarity. And no ambiguity.

I smile to myself and immediately think of Newmarket’s previous Mayor, Tony Van Trappist, who rarely spoke at Regional Council meetings. He didn’t see the point. Why waste your breath offering an opinion?

“Members shall make every effort to participate diligently in the activities of the committees, agencies, boards, commissions and advisory committees to which they are appointed by the Region or by virtue of being an elected official.”

Has it come to this?

That we have to remind politicians to do what should come naturally to them?

The revised draft Code of Conduct will be considered by the Regional Council later this month.