Conrad Black threatens to sue me for defamation 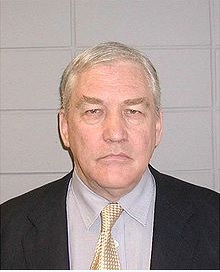 Baron Black of Crossharbour takes issue with an earlier post of mine in which I describe him as a convicted fraudster:

“Mr. Prentice, my media office has sent me your reference to me as “convicted fraudster” in a recent internet piece. The fraud in question was vacated by the U.S. Supreme Court unanimously and spuriously retrieved by the lower court to which the vacated counts were remanded for “assessment of the gravity of (the lower court’s) errors.”

The charge consisted of the receipt of $285,000 that had been approved by the independent directors, posted in the company’s public filings, and was deemed (correctly) by the trial judge to be a clerical error of a co-defendant.

Finally, this count also was “expunged,” that is to say I have now officially never been charged in the U.S.

The reason publicly given for this was not an ex gratia act of mercy and clemency by the president; it was on the recommendation of the White House counsel office after thorough research that I should never have been charged and that no crime was committed. Your reference was defamatory.

As I doubt that you have enough readers or measurable influence to do me any damage, I don’t believe that if I sued you, while I would certainly gain a judgment that you have defamed me, I would receive a damage award adequate to cover my legal expenses.

But this will serve as your notice that if you continue to describe me in those or similar terms-not calling me a jerk or a horse’s ass or anything like that, which would be a matter of opinion and fair comment, but as a criminal whose principal descriptive characteristic is the commission of frauds of which I have been convicted, I will be able to demonstrate intent to defame, which bears serious consequences even if you are only read by ten people.

In that event, I will not be so forebearant. I did win the greatest libel settlement in Canadian history ($5 million) from the authors of the infamous special committee report of 2004. This is the only cautionary notice you will receive. Conrad Black”

Update at 18.00 on 24 July 2019: Can I continue to describe Baron Black of Crossharbour as a “convicted fraudster”? I believe I can but I’ve got to tread carefully. Lord Black has pots of money to hire fancy dancing lawyers and I’ve got Wikipedia. 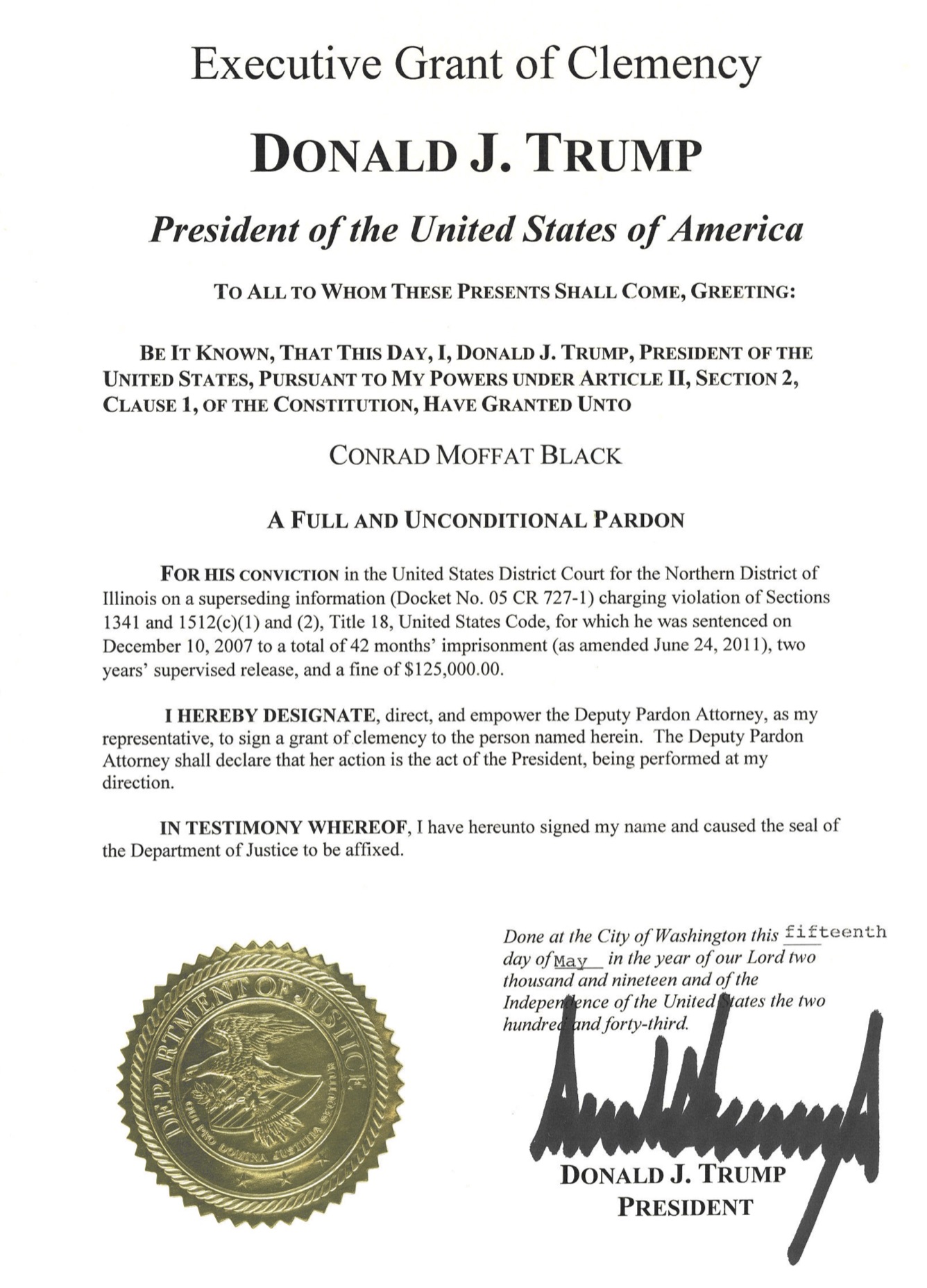 The noble Lord tells me the conviction for the “receipt of $285,000” was “expunged” by the President:

“on the recommendation of the White House counsel office after thorough research that I should never have been charged and that no crime was commited”.

The Office of the Pardon Attorney (in the US Department of Justice website) addresses this question:

"Does a presidential pardon expunge or erase the conviction for which the pardon was granted?"

And gives this answer:

"No.  Expungement is a judicial remedy that is rarely granted by the court and cannot be granted within the Department of Justice or by the President.  Please also be aware that if you were to be granted a presidential pardon, the pardoned offense would not be removed from your criminal record.  Instead, both the federal conviction as well as the pardon would both appear on your record.  However, a pardon will facilitate removal of legal disabilities imposed because of the conviction, and should lessen to some extent the stigma arising from the conviction…"

That’s seems clear enough. Expungement cannot be granted by the President but only by a Court of Law and the White House Counsel’s Office is not, of course, a Court of Law.

A presidential pardon – an Executive Act of Clemency - would not remove a pardoned offense from a criminal record.

So how does his Lordship figure that I am defaming him when I refer to him as a “convicted fraudster”?

Isn't that what he is?

Thank you for your email of yesterday’s date in which you warn me not to refer to you as a convicted fraudster. You say I have defamed you.

You mention expungement which followed a recommendation from the White House Counsel’s Office.

I am told expungement cannot be granted by the President only by a Court of Law. Furthermore a Presidential Pardon does not remove the pardoned offence from the criminal record.

The two lie alongside each other so to speak, the pardon and the original offence.

Am I wrong about this? If so, in what way?

You are mistaken. Officially, I was never charged.

In what way am I mistaken? How is it possible to be convicted of an offence without being charged first with that offence?

And what do your mean by “officially” when you tell me that “Officially, I was never charged”?

Please be as clear as possible so I can fully understand the argument and your reasoning.

I have been reflecting on our earlier exchanges.

It would aid my understanding if you would let me have sight of the report from the White House Counsel’s Office on which you rely and which said you should never have been charged and that no crime was committed.

Will you please send it on to me?

Update on 23 December 2020: From the New York Times. The editorial on Trump's pardons.

Update on 25 December 2020: From the National Post: Trump Pardons Hollinger Executives with the support of Lord Black.

Update on 14 January 2021: From Bob Hepburn in the Toronto Star: Conrad Black's loud and sad fawning over Trump.