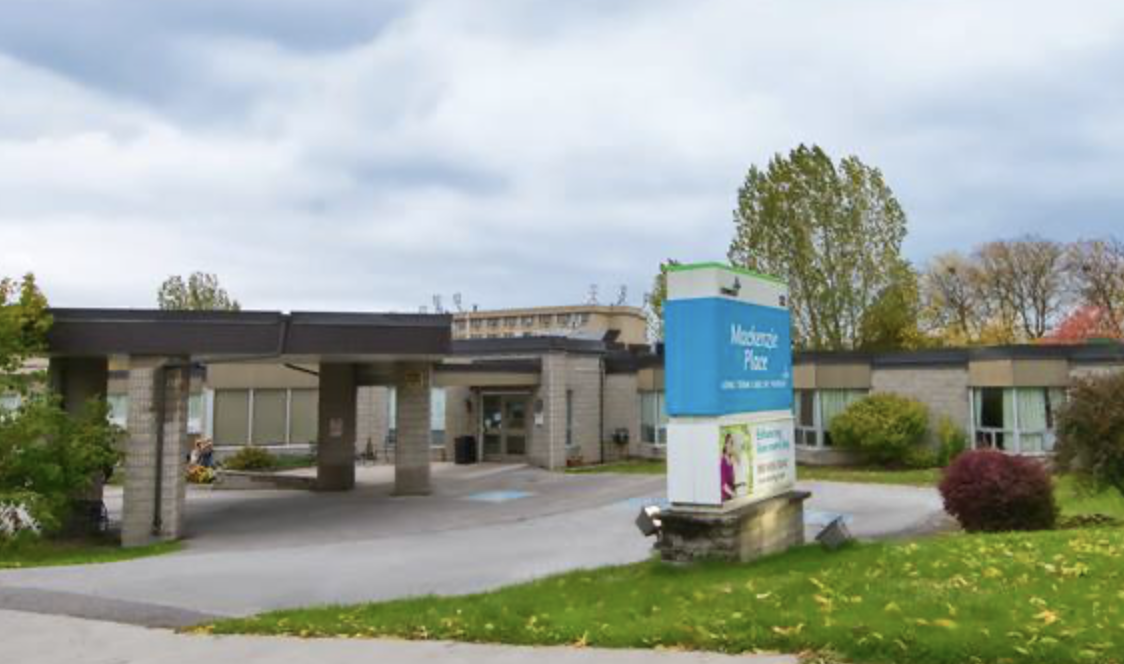 The coronavirus pandemic has brutally exposed shortcomings in many of the long-term care homes in Ontario.

But the Premier, Doug Ford, seems reluctant to accept that he is in any way responsible. In a press release today he tells us that he is fixing “what he inherited”.

"As Premier, it's my job to push the system. Fixing what we inherited starts with strong leadership through this crisis and beyond to protect and care for our long-term care residents."

Yesterday, in the wake of the devastating report from the Canadian military, we learned the Province would be deploying inspection teams to long-term care homes and will be taking over the management of five of them.

Clearly, this crisis in long-term care has been brewing for years but for Ford to suggest he comes with clean hands to a problem he inherited is fanciful.

We know from a CBC report last month that the Ford Government scaled back comprehensive annual inspections of nursing homes to only a handful in 2019.

CBC News reviewed inspection reports from the last five years for all long-term care homes in the Province and found that while most received a comprehensive resident quality inspection in 2015, 2016 and 2017, the number dropped to just over half in 2018 and just nine last year.”

Who ordered the change in the inspection regime?

Newmarket-Aurora MPP Christine Elliott is Minister of Health and Ford’s Deputy. She gave up responsibility for long-term care on 31 August 2019 to a hived-off and stand-alone Ministry of Long-Term Care under Dr Merilee Fullerton.

Fullerton said this week that since the Ford Government was elected (in June 2018) long-term facilities across Ontario have been inspected nearly 3,000 times.

“The inspections, if you did them every five minutes it wouldn’t have changed the crises in staffing in our long-term care homes.”

What is to stop the government giving LTC home inspectors the power to comment on the inadequacy of staffing levels if that is what they find?

We know that the Ford Government was keen to lighten the administrative burdens on Long-Term Care Home licensees. Streamlining the licensing process was all part of the agenda to cut red tape and “make it easier for business to operate”.

The Ministry of Long-term Care explains:

“The Long-Term Care Home Quality Inspection Program (LQIP) safeguards residents’ well-being by continuously inspecting complaints and critical incidents, and by ensuring that all Homes are inspected at least once per year…

This is achieved by performing unannounced inspections and enforcement measures as required, and ensuring that actions taken by the government are transparent. The MOHLTC (Ministry of Health/Ministry of Long Term Care) conducts complaint, critical incident, follow up, comprehensive and other types of inspections…”

To be clear, comprehensive inspections do not occur annually and have been dramatically cut back.

In Newmarket-Aurora there are six long-term care homes – four in Newmarket and two in Aurora. Four are for-profit (Eagle Terrace, Mackenzie Place, Chartwell Aurora and the Willows Estate LTC Home) and two are not for profit (Southlake Residential Care Village and York Region’s Newmarket Health Centre.)

(1) In Newmarket, Revera’s 70 bed for-profit LTC home at Eagle Terrace last had a Resident Quality Inspection on 27 November 2017 when three written notices of non-compliance with the provisions of the Long-Term Care Act were issued. The home has seen one Covid-19 death. The complaints and critical incidents inspections are here.

(2) Revera's 93 bed Mackenzie Place in Newmarket last had a full belt and braces inspection on 26 October 2017 when four instances of non-compliance with the provisions of the Long-Term Care act were found. The complaints and critical incidents inspections are here. 15 residents have died of Covid-19.

(3) At York Region’s municipal 132 bed Newmarket Health Centre LTC Home there has been no Covid-19 outbreak. It last had a full RQI inspection on 12 October 2017. The complaints and critical incidents inspections are here.

(4) In Southlake Residential not-for-profit home, managed by Extendicare, the last RQI was on 7 February 2019. The 224 bed home received 17 written notices of non-compliance. There was a Covid-19 outbreak there but no deaths. The complaints and critical incidents inspections are here.

(5) In Aurora, the for-profit Chartwell Aurora LTC Residence with 235 beds last had a full RQI inspection on 11 January 2018 when seven written notices of non-compliance were issued. The complaints and critical incidents inspections are here. 11 residents have died of Covid-19.

(6) The for-profit Willows Estate LTC Home in Aurora with 84 beds had its last RQI inspection on 9 August 2018 when 12 written notices of non-compliance were issued. There has been no Covid-19 outbreak here. The complaints and critical incidents inspections are here.

You cannot read these reports and not appreciate the immense responsibility that rests on the shoulders of those looking after frail and vulnerable people who are unable to look after themselves.

Staff in long-term care homes need proper support with good pay and working conditions - and there must be enough of them to do the job. But let us also understand that the regulatory regime must be relentless with a return to unannounced, random inspections including stiff penalties for non-compliance.

Doug Ford and Christine Elliott could fix that tomorrow if they chose.

And whatever else they inherited that needs fixing.

Update on 29 May 2020: Inspectors refused to enter care homes says Ford. And from the Toronto Star: Inspectors refused to go in. The Globe and Mail reports that Revera Inc has been fully owned by PSP Investments since 2006. The Public Sector Pensions Investments Board is a Federal Crown Corporation that invests and manages the pensions savings of public servants including members of the Canadian Armed Forces and RCMP. From Global News: Who owns the 5 Ontario long-term care homes cited by military for extreme neglect, abuse?

Update on 2 June 2020: Patient Ombudsman opens investigation into long-term care homes. Newmarket-Aurora MPP and Minister of Health, Christine Elliott, was appointed by the Liberal Government in 2015 to be the Province's first patient ombudsman but then quit to run for the PCs in 2018. The CBC's Mike Crawley tells us (on 25 February 2020) that the Ford Government had not filled the Patient Ombudsman position since forming the Government in June 2018.

Update on 10 June 2020: From the CBC: The risk of dying is higher in for-profit long-term care homes.

Update on 30 July 2020: From the Toronto Star: Long Term Care - Commission still falls far short. And from the Globe and Mail: Families call for a Public Inquiry.

Update on 9 August 2020: From Newmarket Today: The Perils of Profit in Seniors' Housing.

Update on 26 December 2020: From the Toronto Star: For profit long term care companies pay out $170m to investors during Ontario's first wave of COVID.