The election debate at Newmarket Public Library went ahead last night in the absence of a key participant, Tom Vegh.

I learned at 6.30pm that evening that he would not be turning up. I was told he would be making a presentation on behalf of the Lake Simcoe Conservation Authority at the Old Town Hall just minutes away across Market Square.

I now know he was handing out awards to local environmental champions.

Here is a man who voted to open up over 12 square miles of open countryside across York Region for development. For comparison, the Town of Newmarket covers about 14 square miles.

(Photo right: agricultural land in East Gwillimbury which, to the horizon, Vegh opened up for development.)

At York Regional Council he voted to change the land use designation of prime agricultural land allowing it to be used for other purposes. 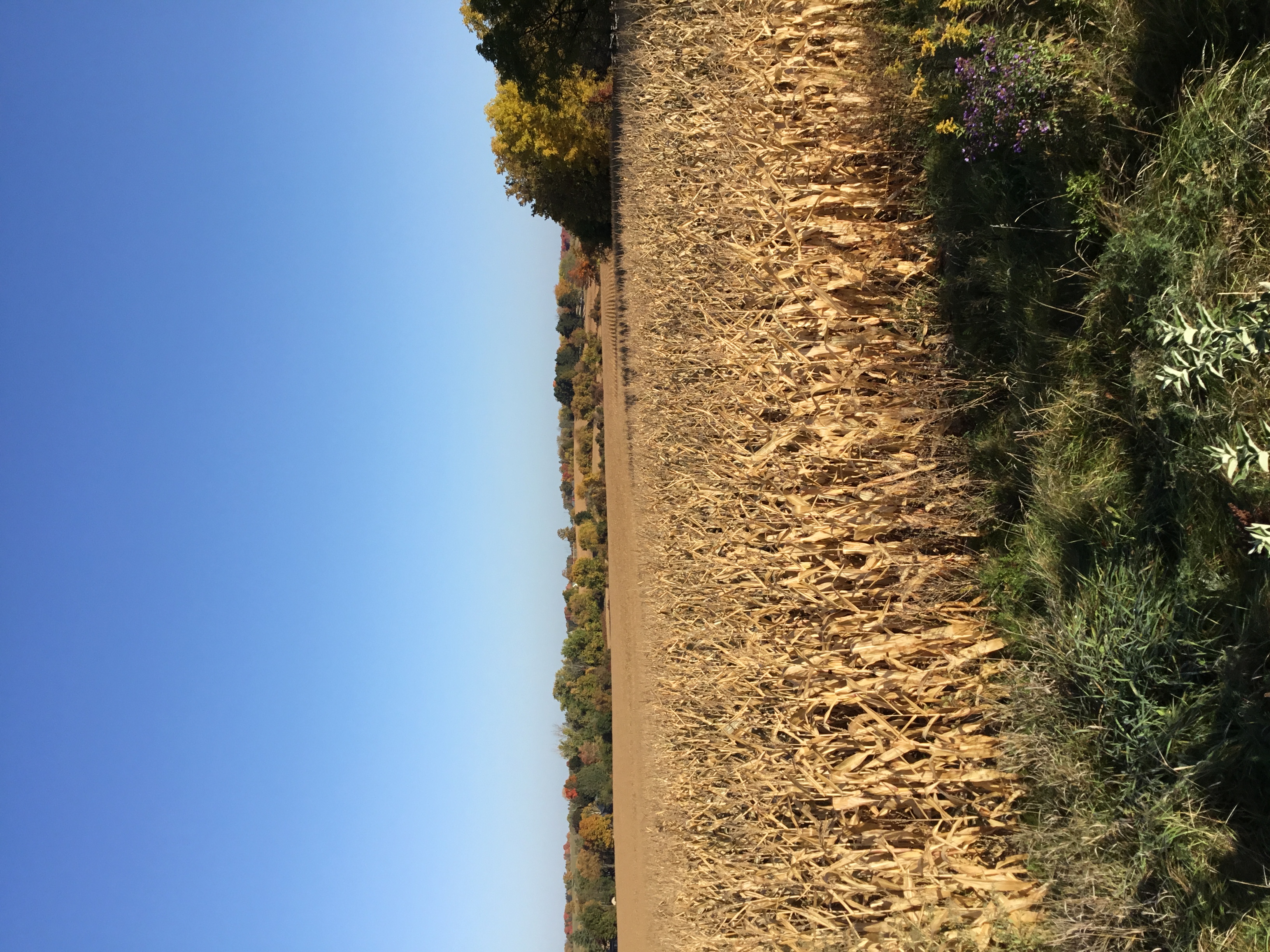 Last night I spoke to a genial, attentive and very well-informed audience.

But they would have liked to see the two of us debate the issues and Vegh's record in office.

I was ready to publicly eviscerate Vegh by exposing his shameless lies and evasions. He would have had the opportunity to respond. That is the dialectic.

Vegh given notice of debate

His post to the Facebook Groups Newmarket Votes site suggests the debate was something sprung on him:

“??? I have never confirmed my attendance at my opponent’s campaign event. In fact, this is the first time I’ve seen this poster…”

It probably was the first time he’d seen the poster – it went up on my websites on Monday 10 October 2022.

But I have been pressing Vegh for a public debate since 18 August 2022 with no success.

He treated me as an inconvenience.

I am posting below my emails to Vegh together with his only response, also on 18 August 2022.

I remain ready and willing to debate with Tom Vegh on any date, place and time of his own choosing, with his choice of moderator in the chair..

This is the first time ever that I have run in an election and had no opportunity to debate in public with my opponent.

It leaves me feeling deeply uncomfortable.

I think the voters have been short-changed.

You can read the email chain by clicking "read more" below and scrolling down.

I have now booked the Library multi-purpose room on Tuesday 11 October from 7pm-8pm for our debate.

Please let me know if you will be there.

I am copying this to Newmarket Today and the ERA

I want you to give this your immediate attention.

I wrote to you ten days ago to ask if you would be prepared to debate the election issues with me at a public meeting to be held at Newmarket Public Library in October.

I asked you previously on 18 August if you would join me on a public platform to debate the issues.

I told you I had provisionally booked the multi-purpose room from 7pm - 8pm on Tuesday 4 October; Thursday 6 October and Tuesday 11 October 2022.I asked you to let me know which date suited you best and once I had this information I would firm up the booking with the Library.

I said I would be happy for you to choose the name of an independent moderator to chair the event. I suggested Metroland’s Ted McFadden but the choice is entirely yours.The Library told me today they have people who want to book the multi-purpose room on 4 October 2022.

Clearly, I do not want to stop other people booking library space because of your hesitation and prevarication and I have therefore released that provisional 4 October booking.

But as a courtesy to the library - and to me - I now expect your reply by return, letting me know which of the two available dates you prefer - Thursday 6 October or Tuesday 11 October from 7pm-8pm.I am copying this to Joseph Quigley of Newmarket Today, Lisa Queen from ERA, Ted McFadden from Metroland and Noor Javed from the Toronto Star and to all candidates running for election to Newmarket Council.

I hope you are well.

I am writing to ask if you would be prepared to debate the election issues with me at a public meeting to be held at Newmarket Public Library in October.

I have provisionally booked the multi-purpose room from 7pm - 8pm on Tuesday 4 October; Thursday 6 October and Tuesday 11 October 2022.

Can you please let me know which date suits you best and I shall firm up the booking with the Library.

I am only taking this step because no-one else seems to be organising a debate - neither the Chamber of Commerce nor the local media. And I have never before run for significant public office without there being a public debate between the candidates. This would be a first.

It is not in the public interest to have content-free elections where the winner spends more than his or her opponents, carpet-bombing the Town with expensive election signs while refusing to engage face-to-face with their opponents.

The clash of ideas and opinions is healthy. It enlivens and energises our democracy. I want to focus on how you raise money for your election campaigns. I am also keen to get a progress report on your plans for a new Library and Seniors’ Centre. Both signature promises from your successful 2018 campaign.

Apart from your record in office, I also have my own views on a range of local issues.

I would be happy for you to choose the name of an independent moderator. Ted McFadden of Metroland immediately springs to mind but obviously there are others.

I am copying this to Joseph Quigley, Lisa Queen and Ted McFadden.

I hope to hear from you within the next week.

I am grateful for your reply which is, I am afraid, totally inadequate.

You say you will not answer my questions because (a) I am candidate and (b) we are in the campaign period.

This is precisely when you should be engaging with me and explaining your decision to accept developers’ money to fund your campaigns.

Will you give a commitment to join me on a public platform to debate the issues?

I am copying this to Joseph Quigley at Newmarket Today.

Thank you for your emails. If you were a regular constituent I would be pleased to answer any questions you may have on the work I do on Newmarket and York Region Councils on behalf of Newmarket residents. However, as you have declared yourself a candidate in the upcoming municipal election, I am sure you can understand my reluctance to engage with you during the campaign period.

I wish you all the best.

I wonder if you have had an opportunity to consider the email I sent to you on 3 August 2022?

I asked you to refuse campaign donations from developers.

If you intend to stick with your 2018 practice of taking developers’ donations can I ask you to let us all know the modalities?

How to you solicit the money? In person? By email or what?

Do developers approach you?

You will not be able to avoid answering these questions during the campaign so it is best to make your position clear now.

I am copying this to Joseph Quigley at Newmarket Today.

Ihope you are well.

Earlier this afternoon I filed my nomination papers with the Town.

I am running for Deputy Mayor/Regional Councillor. I shall not be soliciting campaign donations from people known to be associated with the development industry nor from the planners and consultants who support them. Neither shall I accept campaign donations from these people even though the money comes from them as individuals and not from their corporations.

As you know, corporate donations are now prohibited by law.In 2018 you accepted campaign contributions from development industry people.

But, this time round, I hope you will have second thoughts and join me in rejecting developer donations. It is clearly inappropriate for members of the Regional Council, whose bread and butter work involves planning policy, to place themselves under any obligation to those who could materially benefit from the decisions they take as elected members.

I am copying this to the press.