Incompatible neighbours: Putting Right what the Town got Wrong

The house under construction at 116 Eden Court in Newmarket which looms over its neighbours does not comply with the Town’s own Zoning By-laws which are supposed to regulate matters such as height and lot coverage.

The issue goes before the Town’s Committee of Adjustment next week (30 November 2022). The Committee has authority to approve developments which do not strictly comply with the Town’s Zoning By-laws so long as these are considered minor and do not offend the Zoning By-law’s general principles.

The Town’s Planning Director, Jason Unger, told Newmarket Today that the house meets the height requirements of the municipal by-law. But does it?

The building is 9.7 metres high when the by-law stipulates a maximum height of 8.5 metres. The applicant says the building is 8.29 metres high. (Photo right)
Roof type is key
The building appears to have a mansard roof. The by-law makes it crystal clear that, for buildings with mansard roofs, height means the vertical distance between the established or finished grade (in shorthand, where the front of the building meets the ground) and
“the highest point of the roof surface or the parapet, whichever is the greater.”

If this is not a mansard roof then what is it?

The by-law puts mansard and flat roofs into the same category and draws a distinction between them and other types of roof where height is measured in a different way. 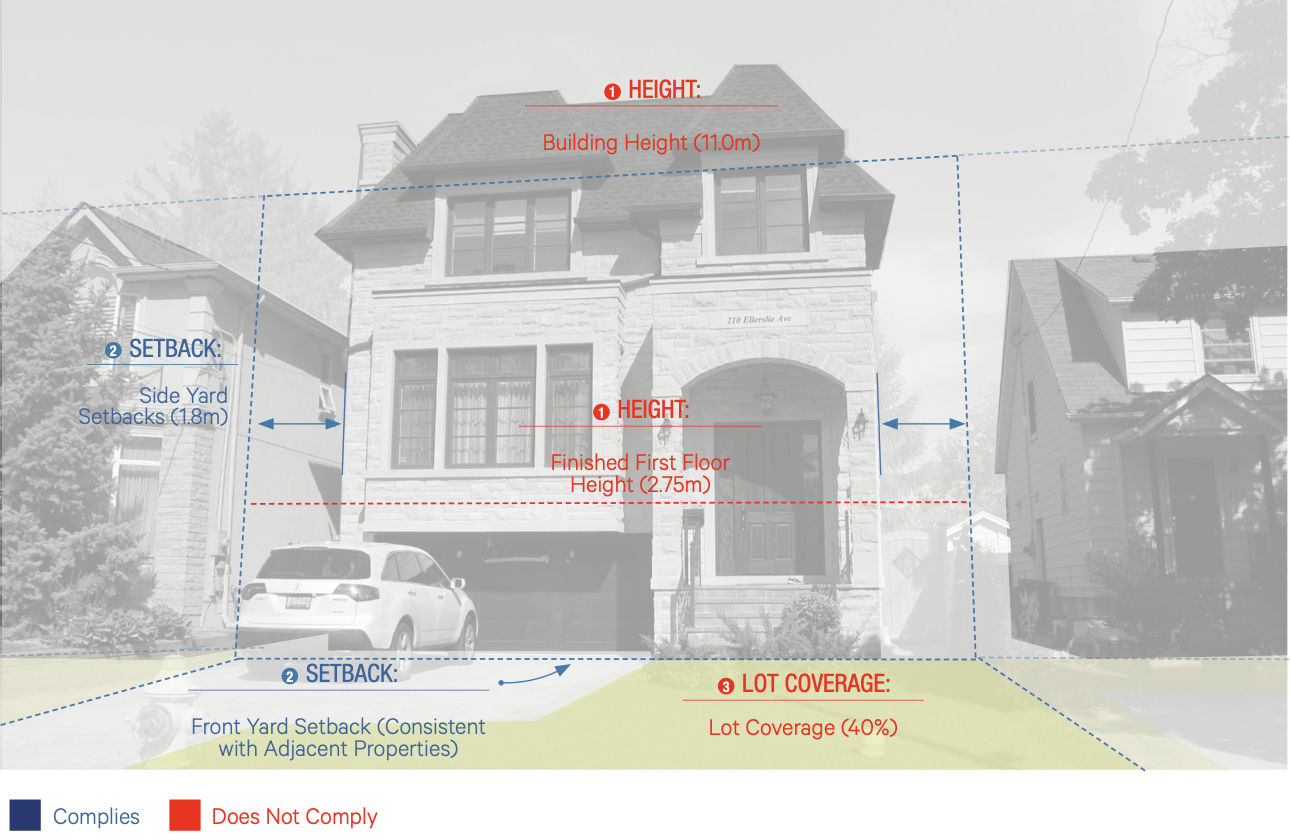 “With a gabled, hip, gambrel or any other type of pitched roof (height is measured from the established or finished grade to) the mean distance between the eaves and ridge of a roof.”

The Established Neighbourhoods Compatibility Study, commissioned by the Town and reporting in October 2020, recommended new, updated definitions in the Zoning By-law giving this rationale:

"The zoning by-law has long included rules that measured height differently depending on whether the roof was flat or pitched.

However, the by-law did not include definitions of how to determine what a flat, pitched, or mansard roof was. This allowed for greater height for new houses that were built with roofs that appeared like flat roofs but included cosmetic sloping elements."

Astonishingly, there is still no definition of a mansard roof in the Town's by-laws.

That said, the report helpfully shows a photo of a house with a mansard roof on page 69 (photo right). It is one of a series of illustrative examples of buildings which either meet or fail to meet the Town’s proposed new standards. It goes on:

“The building height exceeds the maximum permission of 8.5m. The assessment of building height is impacted due to the fact that this development features a mansard roof, as this increases the perception of height and massing. It is treated as a flat roof rather than a pitched roof...”  (My underlining for emphasis)

Buildings with these roofs look bigger and bulkier.

This explains why people in Eden Court feel overwhelmed by their new next-door neighbour. One resident told Newmarket Today:

The new house also exceeds the maximum lot coverage though only marginally. This was indicated up-front by the applicants when their drawings were submitted to the Town for approval earlier this year. It was waved through by the Town’s Building Control people.

“The new by-law did reduce the lot coverage from 35 per cent to 30 per cent, which this new home is violating by covering 31.5 per cent of the lot."

"Unger said a minor variance application is required and will be reviewed by the committee of adjustment."

It seems to me the lot coverage issue is secondary.

It is the height and mass of the new building dominating Eden Court that concerns people.

Clearly, we need the Town's definition of a mansard roof.

Or are we expected to know one when we see one?

The Town spent a huge amount of time and money developing its policies on compatibility to ensure new buildings fit in to established residential neighbourhoods.

We need to know if the Town seriously believes No 116 fits in with its neighbours.

And if it doesn't, what is the remedy?

This email address is being protected from spambots. You need JavaScript enabled to view it. 22 November 2022 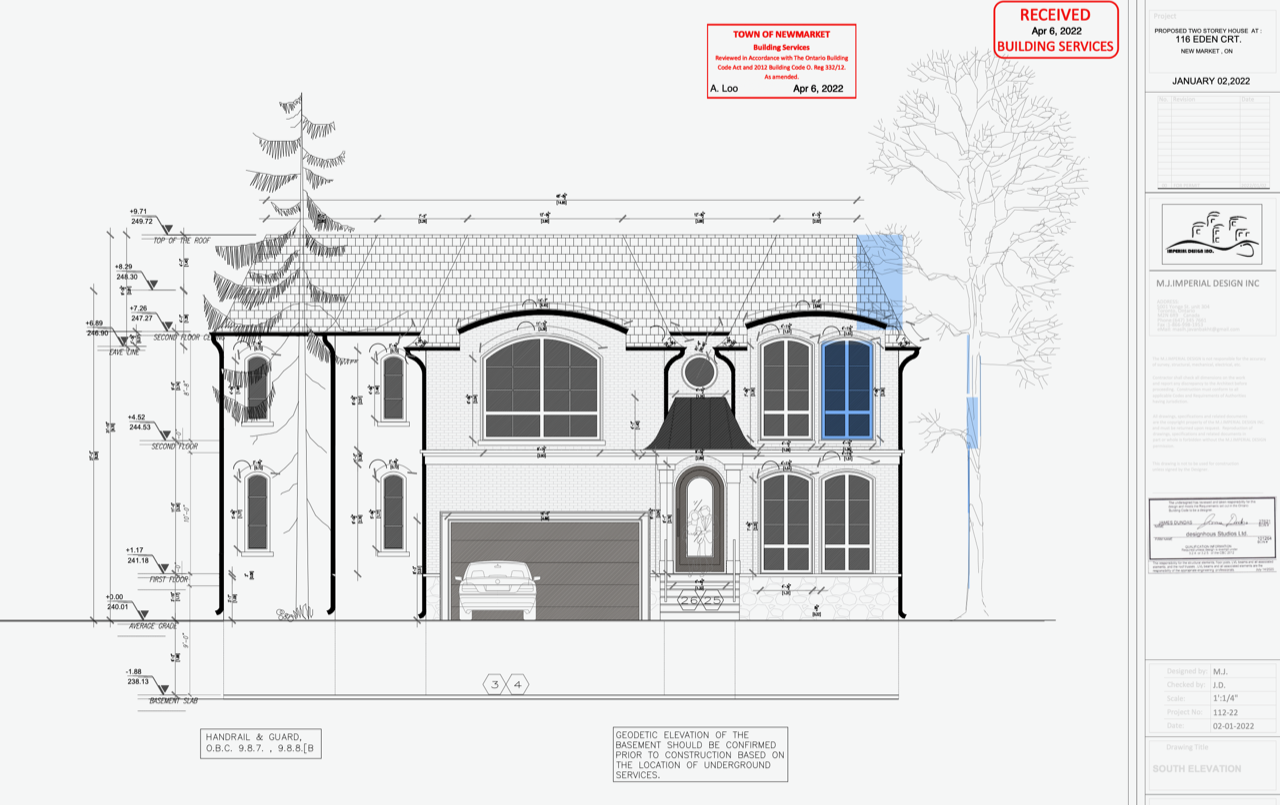