Julie Cochrane, who died last Thursday, was a key figure in saving Newmarket’s historic Main Street from developers. She was the founder and driving force behind the citizens’ group “The Heart of Newmarket” which successfully persuaded the Council to reject hugely controversial plans to redevelop the Clock Tower and demolish historic commercial buildings on Main. 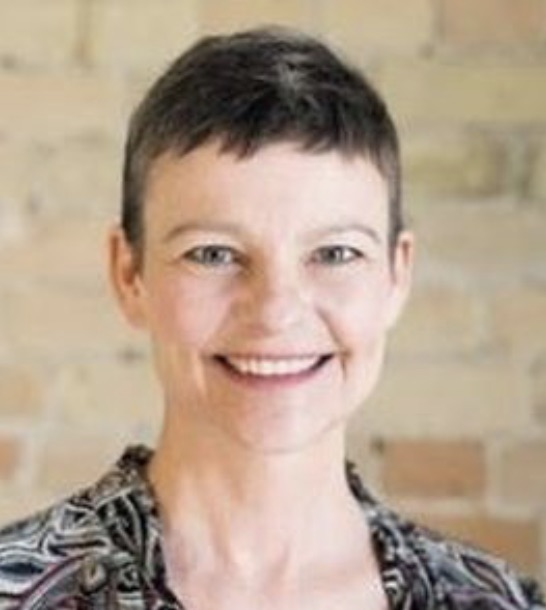 That she did all this (and more) while battling cancer was truly remarkable.

I recall the first time I met her, sitting on the porch of her beautiful Botsford Street home, on a warm summer evening in 2016. The dog was sprawled over my feet as if we were old friends. This was often the place where she discussed plans for saving the old downtown. She was always enthusiastic and fizzing with ideas – some more practical than others! I suggested it was not a good idea to march on the Deputy Mayor’s house.

I came away with a plate of butter tarts from the Maid’s Kitchen.

Julie was a great motivator and good at getting the best out of people, coming up with long lists of things to be done – and allocating tasks if required. With her laughing smile and hallmark optimism she had the knack of making things happen.

Julie was, of course, President of the Newmarket Group of Artists for many years and I saw her as a supremely creative person with great marketing flair – whether it was her design for the new Heart of Newmarket T shirts or her achingly funny campaign cartoons which were mini works-of-art in themselves.

Julie’s obituary in the Era newspaper paints a picture of a warm and engaging woman, surrounded by friends and family, who lived a fulfilling life but one that was cut short.

This Chinese proverb often featured at the bottom of her emails:

“One generation plants the trees; another gets the shade.”