Background: Events put on and promoted by Richmond Hill councillors have to follow guidelines set by the City Council. These state quite explicitly that the cost of the events must not fall on taxpayers. The guidelines require councillors to pay for these events through sponsorship or in other ways which do not require public money.

"No tax dollars will be spent for this event"

Perrelli, full of his characteristic bluster, insists he doesn’t owe the City a cent.

Deputations before Council today showed emails from Perrelli to Richmond Hill residents boasting that his event would not cost taxpayers anything.

But the City Manager says the event falls squarely within the Council Events Guidelines and Perrelli must cover the costs.

In a 6-2 vote his colleagues side with the City Manager, passing a resolution which

“requires Regional Councillor Perrelli to provide full reimbursement to the City for the Enviro Day event such that no taxpayers dollars will be used to cover the amount owing of $139,623-30.”

Perrelli is a car crash in slow motion.

Ordinarily I would feel sorry for someone in his predicament.

But since he brought this calamity on himself, bad mouths the staff, treats his Council colleagues as fools and continues to argue that black is white, I don’t.

Whereas Councillor events have always been subject to guidelines and required to be funded entirely by Councillors through sponsorship or other external means;

Whereas there is an outstanding total balance of $139,623-30 resulting from Regional Councillor Perrelli’s Enviro Day event;

Therefore be it resolved that Council requires Regional Councillor Perrelli to provide full reimbursement to the City for the Enviro Day event such that no taxpayer dollars will be used to cover the amount owing of $139,623-30

Update on 20 October 2021: Perrelli formally registers his candidacy for Mayor with the City of Richmond Hill.

Below: from a deputant's presentation to Council 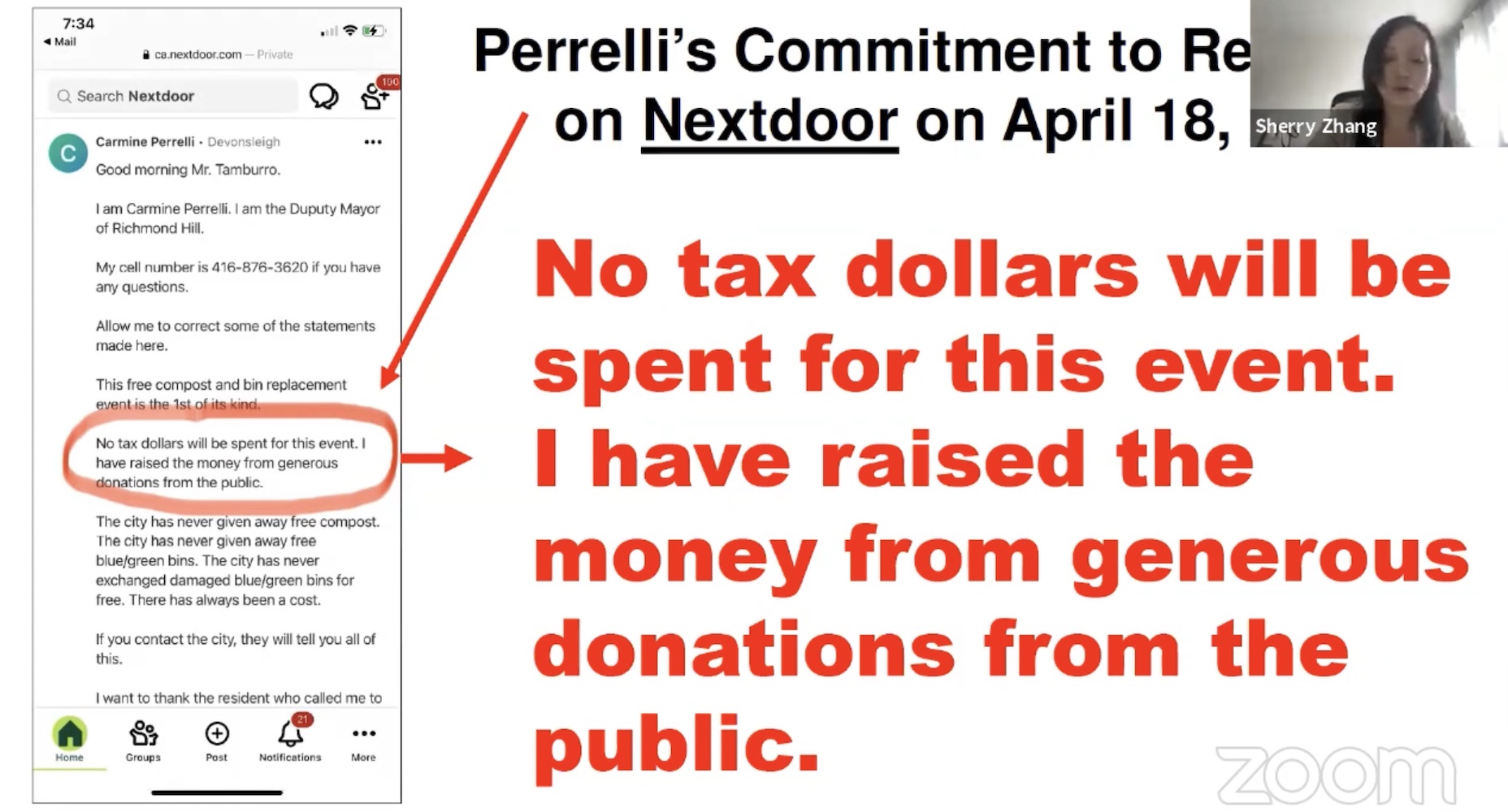