Donald Trump and the “foundational lie” 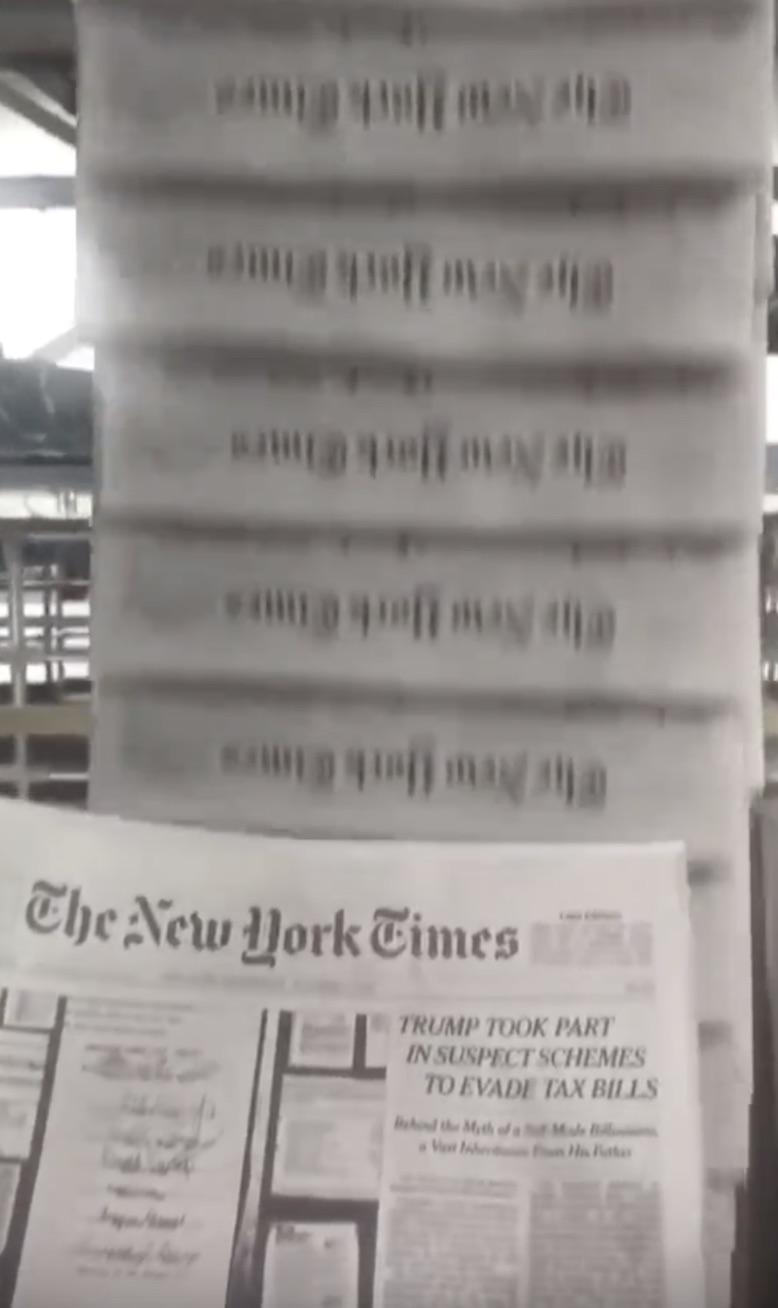 Anyone who doubts the truth of that statement has not been paying attention.

But what was the first BIG lie? The whopper that set him on the road to a lifetime of mendacity?

The Canadian business journalist, Susanne Craig, at the New York Times since 2010, says Trump’s claim that he made his own fortune is the “foundational lie”.

Trump boasts he is a self-made man, allegedly turning a loan of $1m from his father Fred into a global empire worth billions. But it’s a lie.

“Donald J. Trump built a business empire and won the presidency proclaiming himself a self-made billionaire, and he has long insisted that his father, the legendary New York City builder Fred C. Trump, provided almost no financial help. “I built what I built myself,” the president has repeatedly said.

But an investigation by The New York Times has revealed that Donald Trump received the equivalent today of at least $413 million from his father’s real estate empire. What’s more, much of this money came to Mr. Trump through dubious tax schemes he participated in during the 1990s, including instances of outright fraud, The Times found.”

The story shows the dubious ways in which Trump made his money. Since the New York Times story was published Trump has been uncharacteristically quiet, ignoring its jaw-dropping exposé. No lawyers’ letters are anticipated.

Last week in Toronto I sat in on a conversation between Craig and former CBC investigative journalist Julian Sher (who produced The Fifth Estate for many years) hosted by the Canadian Journalism Foundation.

It is gripping stuff.

Craig has been covering Trump and his finances since early 2016 when she received an anonymous brown paper envelope containing three pages from one of Trump’s tax returns. She and two other Times’ journalists spent 18 months putting the jigsaw together working out of a room next to the Times’ Arts and Travel Office to which only they had access.

Craig tells us she often felt uneasy sitting at her desk by the window fearing she might be the target for a sniper. The Times’ building is a fortress but, despite this, I learn staff get regular first aid training. Good grief!

Initially, Craig and her colleagues worked on publicly available information, identifying every single one of Fred Trump’s properties, establishing what he paid for it and how much revenue it generated. Craig gave each property its own name – a kind of aide memoire. From this they could begin to understand Fred’s modus operandi.

Fred did everything he could to minimise the amount he paid in tax, transferring wealth across the generations. The sums are staggering.

Despite this generosity, Trump gets his lawyers to draft a codicil to Fred's will making him the sole beneficiary. Fred, ailing but still compos mentis, tears it up.

With the mid-term elections now behind them, Americans - and the rest of us - may soon be focussed on Trump’s tax returns.

Their publication will be a truly delicious moment to savour.